As an individual who has experienced a tremendous amount of privilege to creatively express and pursue my passion as a career, I would be lying if I said that the unfolding of our current have provoked me to assess life a less frivolously. In an attempt to increase my own personal awareness (and hopefully yours), I’m starting a series of posts called #TheGiveBack – to highlight and promote organizations that support the causes that greatly need our assistance. From human rights, gender, or environmental causes, please visit the links below to read up these organizations  and their mission to build a sustainable future. 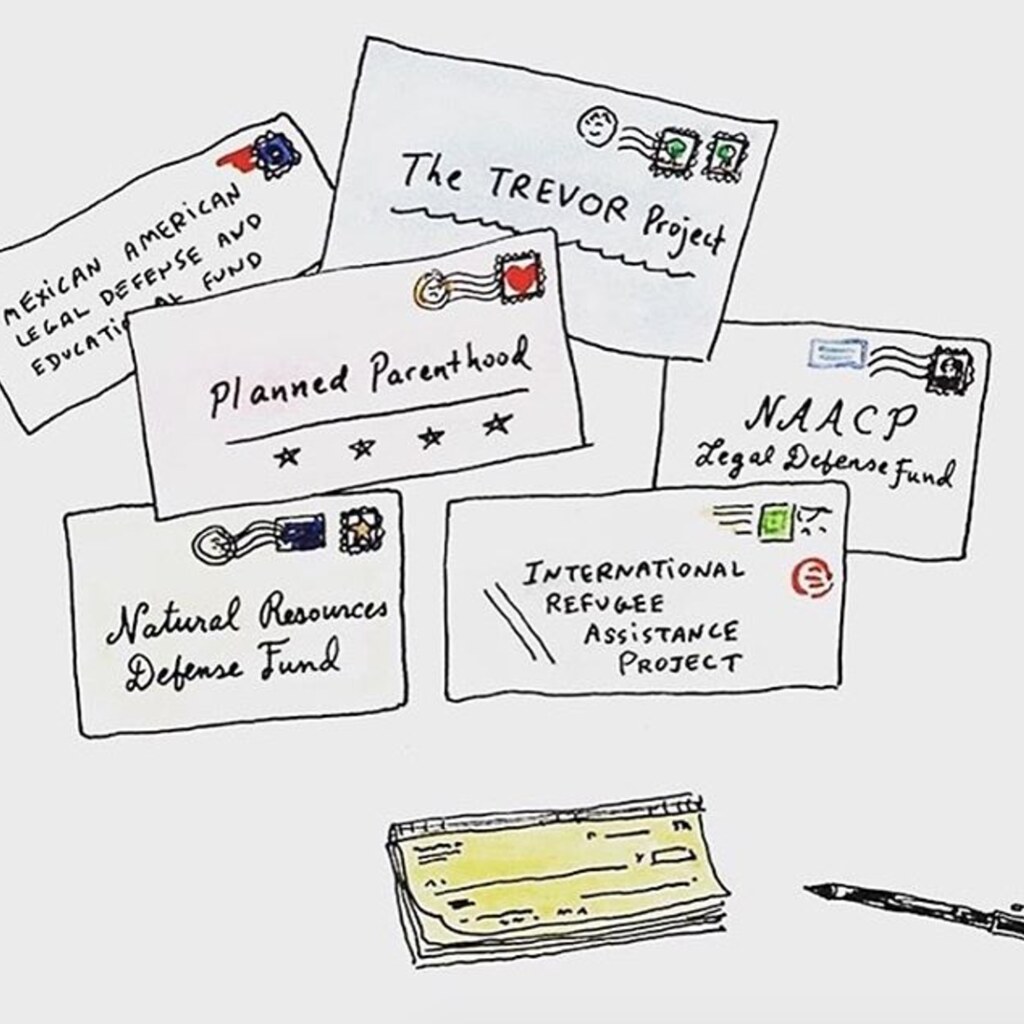 Cook for Syria: Whether you’re politically driven or not, Cook for Syria is a tactile, textbook initiative that draws upon real-life action, community and creativity to create awareness on the Syrian Refugee Crisis that is palpable to the senses. By drawing on a community of artisans in food and publishing, Serena Guen, Clerkenwell Boy, Gemma Bell and a panel of participants collaborate on creating a month long celebration of Syrian cuisine in an effort to increase support and awareness of one of the largest humanitarian crisis of our time.

As summarized from CookforSyria.com, “The ongoing conflict in Syria has caused the largest humanitarian crisis since World War II, with the lives of more than 8 million children in danger. Many have lost family, friends and schools and have been forced to flee their homes. 50% of all Syrian refugees are children and boys as young as 7 are being recruited to fight. The risk of losing a generation grows with every day that the current situation
deteriorates.

CookForSyria is a nation-wide fundraising initiative curated by Clerkenwell Boy and SUITCASE Magazine. The month-long campaign focused around Syrian cuisine will encourage everyone from the UK’s top chefs to people at home to cook and raise money in aid of UNICEF’s Syria Relief fund via Next Generation London (UNICEF’s youth branch). There are hopes that the initiative will then be continued globally.”

100% of profits are donated in aid of UNICEF’s humanitarian work to save children in Syria. I visited my first Planned Parenthood when I was 16. I came into an age of irregular periods, hormonal imbalances and severe acne break outs, my body felt alien and I felt little control to the changes it was undergoing. I overheard from several senior-year class mates that birth control had helped regulate their hormones (and clear their skin in the process), and my deepest desire was to tame the unpredictability of my cycle. My parents were strict, though not for religious purposes but a holistic one. For context my father was a scientist at a pharmaceutical company, and as a result I grew up to avoid taking prescription medication.)

Although I ultimately decided quickly and later on that birth control wasn’t for me, at an age of limited decisions and access to information, visiting Planned Parenthood was a milestone on achieving sovereignty over my body. The clinicians were discreet, informative, and nurturing, and more importantly, provided a wealth of information on the transformation my body was going through – one I could not explicitly receive at home and certainly was not informed of in school. What people tend to miss is the education tools that Planned Parenthood provides. The clinic is not only an affordable health care provider, but it’s an organization dedicated to offering women access to information about their health and reproductive rights. I’ll never take for granted what Planned Parenthood represents – that is a safe space for women to learn about their bodies and to make critical decisions about their life.

I never truly realized the impact of having a working mother until this year. I grew up in an egalitarian household. Both my parents worked full time jobs, and both contributed an equal amount of time to house chores – truthfully my family dynamic could not fit a traditional mold of gender roles. Only recently this year did I began to uncover how a strong female influence has shaped the narrative of who I am today. Without the influence of my mother, who spent a lifetime fighting for choices to improve her life as an immigrant to the country and a provider for her family, I would not have inherited her fearless nature to take risks.

I learned about the National Women’s History Museum when I was invited to attend the Women Making History brunch, and was stunned to learn how largely invisible women’s contributions are left out in our history books. I strongly believe in the enduring influence that strong, female narratives play in shaping our life trajectories, and in a day and age where women can be anything they want (more than ever before), it’s disheartening to see how little this is brought to the forefront.

The National Women’s History Museum NWHM educates, inspires, empowers, and shapes the future by integrating women’s distinctive history into American culture and history, and providing a rich history of women’s achievements can only incite the type of equality and improvement in women’s lives. Natural Resources Defense Council
There are countless ways that we as individuals have a power to limit our carbon footprint, and outside from what we can restrict in each and individual choice of our lives (click here for ideas), it’s our duty to ensure that our government acts in the interest of the citizen instead of corporations. The Natural Resource Defense Council was founded by a group of law students and attorneys to create an organization that continues to work to ensure the rights of all people to clean air, water and healthy communities. The NRDC touches on different programs ranging from food & agriculture, water and climate and clean air by combining the power of online community of activists and expertise of scientists, lawyers and policy advocates around the globe.