I recently sat down with Soho House to share some of my favorite places to shop, drink and play in Los Angeles. Soho House has served as my international office and playground in cities like New York, London, Miami and Barcelona, and I’m teeming with excitement to share my hometown for their latest city series. Here is a recap of the feature below. 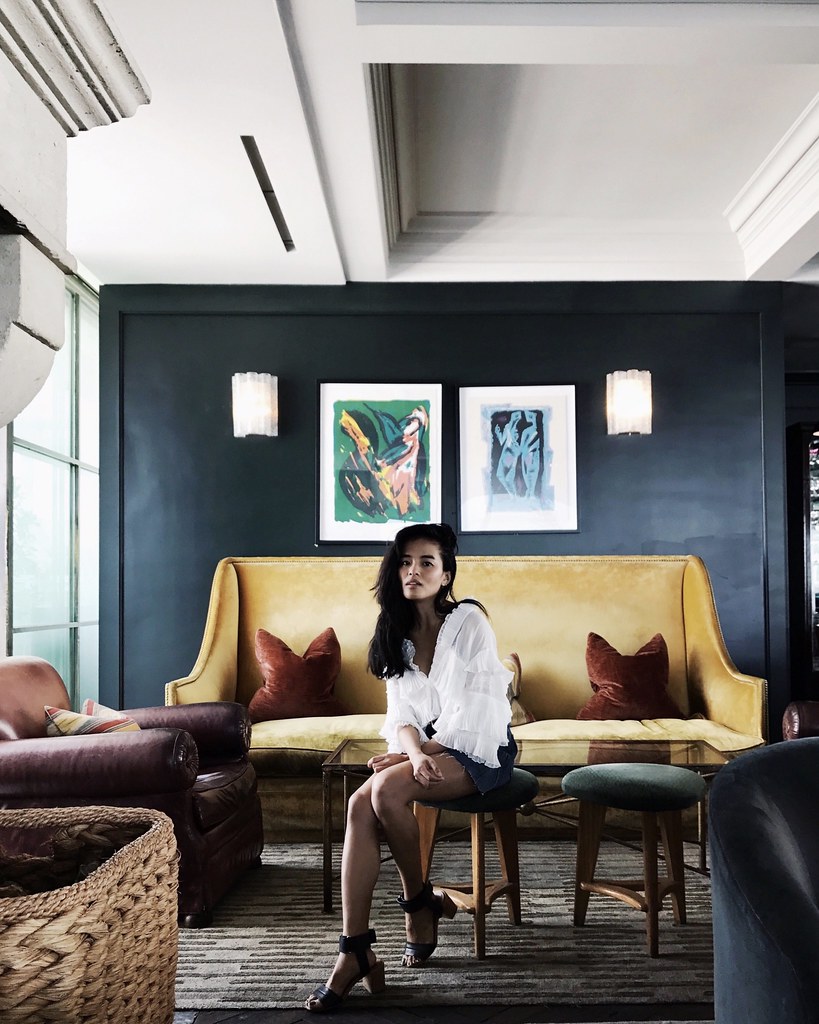 I live in Downtown LA, the most walkable neighborhood in the city – it feels like a mini Manhattan but with quick access to hiking trails, nature and with good timing, an easy commute to the beach. It’s culturally diverse and is situated between some of Los Angeles most historic and vibrant neighborhoods. The growing roster of restaurants are pretty great too.

You can often find me fueling up on coffee from G&B in Grand Central Market, dancing at Tenants of the Trees (or for a more low key vibe, Tony’s Saloon), and gleaning inspiration from the city’s best shops and sights.

‘County Ltd in Silverlake is my go-to for home goods. They’ve nailed the east-side aesthetic and carry my favorite Japanese ceramics called Hasami, along with vintage French film posters mixed with California and Danish mid-century furniture.’

Get Your Art Fix in the Arts District

‘I love the Hauser & Wirth gallery in the Arts District. Over the years I’ve found that I’m particularly impassioned by architecture, and this is one of my favorite galleries because it’s attuned to that sensitivity. The space was formerly a flour factory and is nostalgic yet modern. There’s an urban garden and beautiful New American restaurant located in the center of the gallery and a well-stocked book store with design books.’

Take in the City’s Best Views

‘I’ve eaten at Jon & Vinny’s about five times in the last month. I go specifically for their six-hour bolognese, which I learned their secret ingredient is the eight table spoons of butter.’

Get Your East Side Print Fix

‘I’ll swing by Formerly Yes for Monocle Magazine and Dieter Rams. Or I’ll go to Mohawk General Store for Apartamento or The Gentlewoman. I also love The Annex attached to the Last Book Store – they have a lot of great photo essays about Los Angeles light and its architecture movements.’

‘I love to support the shops that are operated by friends; I love Alchemy Works in the Arts District for emerging brands like Clare V. and Jasmin Cuir, Mohawk General Store for Jacquemus and Dries,The Apartment by The Line in Melrose for elevated wardrobe staples from Protagonist and Manolo, and Shop LCD in Venice for quirky labels like Brother Vellies and Sandy Liang.’