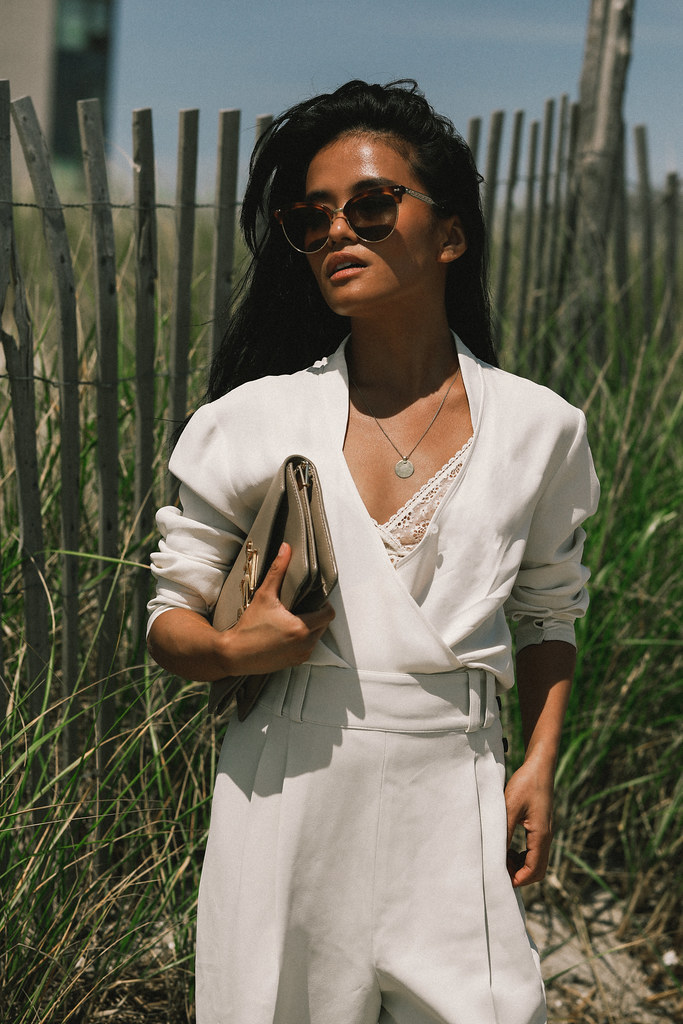 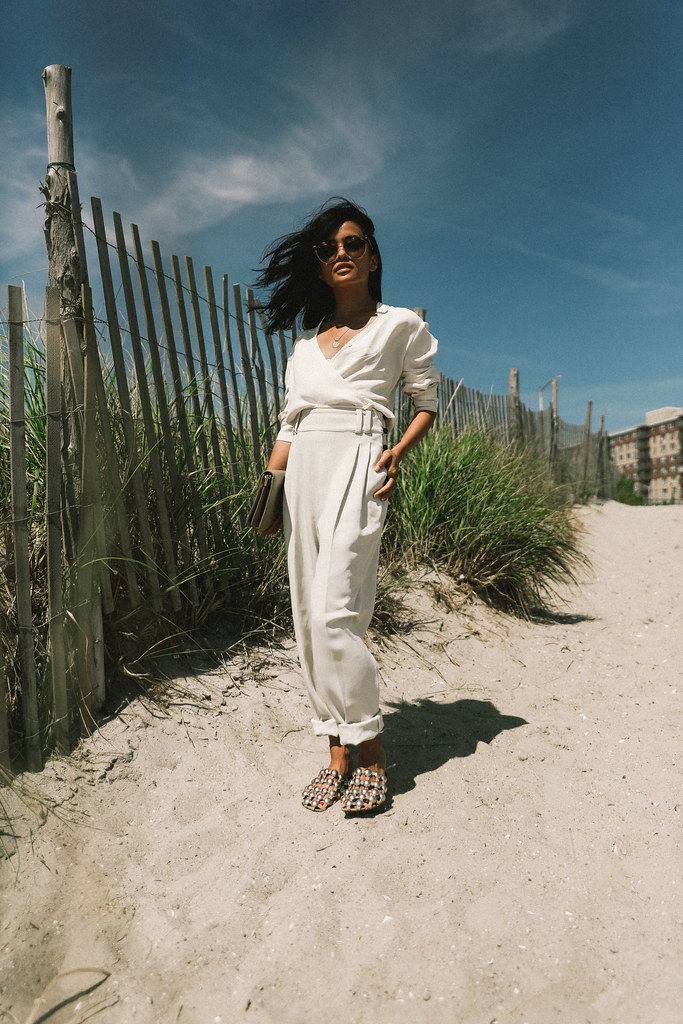 Ah, August. The final frontier and an end to expressions like “Endless Summer.” To close out the last few weeks of the season, I decided to take a trip out to Rockaway beach in the South Shore of Long Island. As a California girl, the thought of a sleepy surfer town existing on the fringe of Manhattan seemed surprising, so I made a deliberate decision to go out and explore before the end of the season. The beach town is accessible by train or ferry, but luckily we hitched a ride with friends to pack the car with surfboards.

I went for a tonal 80’s silhouette in a Hamptons color palette by pairing a two-tone cream colored Protagonist blouse from The Apartment by the Line,  3.1 Phillip Lim trousers, and my long-coveted Amelia mules by Alexander Wang that I found on Farfetch along with the Gucci cat eye sunglasses that’s been on heavy rotation this summer. Last but not least I went with my trusty J.W. Anderson gold chain clutch (that I picked up last spring on Farfetch as well).

I laid out reading John Berger’s “Way of Seeing”, took an occasional portrait of the sleeping seagulls while watching the surf break shift into the early afternoon. After a morning session we made a pit stop for surf n turn at The Rockaways Surf Beach Club, home to the best fish tacos  in the area – and one that deserved all the hype and recognition. After some elotes, battered fish tacos and some cold beverages we made one last pit stop at the neighboring vintage shops which curated surfer memorabilia and cool market finds. To fuel the East Coast vs. West Coast debate, Rockaways has nothing on the beaches in California, but it’s a suitable option for an accessible beach escape outside of the city.

Photography by Jonathan Hokklo shot in the Rockaways.